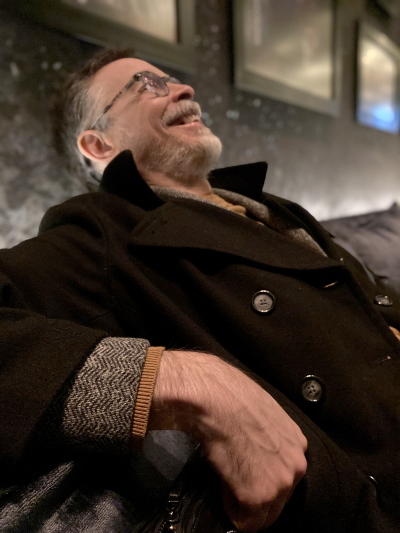 July 2022. I've sold the house, the land, and the car, and am now living in the literal shadow of the Space Needle, a tourist at the Apocalypse.

I used to be a doomer optimist, expecting the collapse of complex society to make a better world. Then I expected the big systems to muddle through the coming disasters and tried to figure out the details. I still think high tech will survive and get weirder, and Covid has accelerated the inevitable economic collapse.

I used to think rural homesteading was a good idea. Then I noticed that almost everyone who tried it was unhappy and did way too much driving. Here's a nice essay about it by Toby Hemenway, Urban vs Rural Sustainability.

I used to want to be Gandalf, the famous wizard who saves the world. Now I want to be Radagast, the obscure wizard who hangs out with trees.

There is no third person reality -- it's all first person. Mind is hardware and matter is software. The brain is a user interface for a filter. Atoms and planets are desktop icons on an incomprehensible computer. Physics and astronomy are squinting at pixels that only fill themselves in when we look. Humans must be an experiment in not knowing that the universe is alive.

No, really, what is the meaning of life?

Where do you find all the links you post?

Mainly on Hacker News, and a handful of subreddits.

Contrary to the popular cliche, when I'm sober I'm unmotivated, and when I'm high I'm a workaholic. Being high and not doing creative work is like being up in an airplane and not looking out the window.

But if I use it more than a couple days in a row, it just makes me feel numb. And at any level of use, it dehydrates me, gives me low-quality sleep, and generally wears out my body. So I do all kinds of self-experiments to figure out how to maximize benefits and minimize costs. Lately my rule is that for every calendar day when I don't use any, I earn one session.

I do LSD and mushrooms, not at the same time, lately less than once a year. I've never hallucinated, but things look different. LSD is like the white keys on a piano, and mushrooms are like the black keys. LSD is like walking on the sun, and mushrooms are like walking on the moon. On LSD, nature is heaven and clouds of gnats are angels. On mushrooms, nature is fairyland and trees are time-stretched aspects of superior beings. My last few mushroom trips have been totally lame, but they still clean the cobwebs from my brain.

Erik interviews me for Mini Truth, recorded August of 2020.