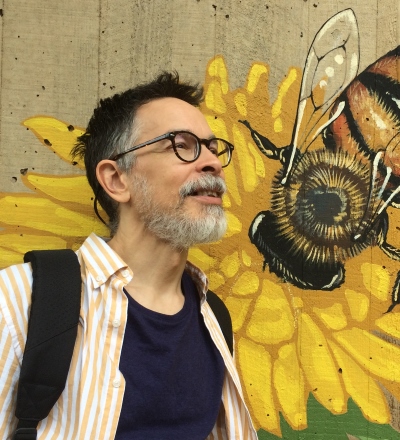 March 2021. This winter I played a lot of solo games of Spirit Island, and made some custom reminder tokens. I'm also continuing to play piano, and still puttering along on writing fiction.

I used to be a doomer optimist, expecting the collapse of complex society to make a better world. Then I expected the big systems to muddle through the coming disasters and tried to figure out the details. I still think high tech will survive and get weirder, and Coronavirus has accelerated the inevitable economic collapse.

There is no third person reality -- it's all first person. Mind is hardware and matter is software. The brain is a user interface for a filter. Atoms and planets are desktop icons on an incomprehensible computer. Physics and astronomy are squinting at pixels that only fill themselves in when we look. Humans must be some kind of experiment in not knowing that the universe is alive.

The universe is saturated with meaning, but "life" is not a good framework to see it. It's like asking a librarian, "What is the meaning of book?"

The meaning is that every moment justifies itself. Some moments are more obviously self-justifying than others. But seeing the value of more moments is a good skill to practice.

Where do you find all the links you post?

Mainly on Hacker News, and a handful of subreddits.

Contrary to the popular cliche, when I'm sober I'm unmotivated, and when I'm high I'm a workaholic. I don't want to waste a second of that incredible mental state, so I'm always trying to pack in as much stuff as I can.

But if I use it more than a couple days in a row, it just makes me feel numb. And at any level of use, it dehydrates me, gives me low-quality sleep, and generally wears out my body. So I do all kinds of self-experiments to figure out how to maximize benefits and minimize costs. Lately I've been doing one day on, one or two days off.